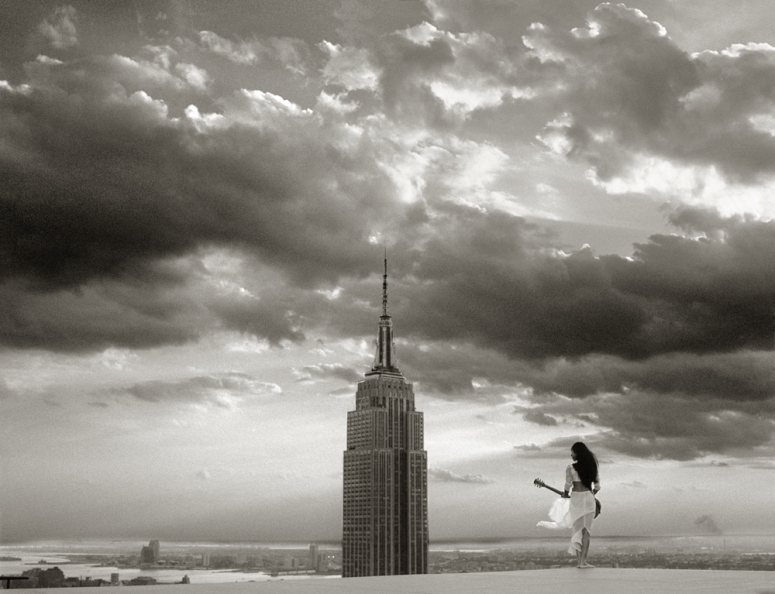 Every thought causes a trigger of events. Transformations of human evolution began as simple ideas in Socrates, Einstein and Buddhas minds. We’ve been given an intelligence capable of restructuring the world and we are living proof of that every day. With centuries of revolutions still ongoing today, our behavior has changed from wild to democratic with an even larger shift in our consciousness. New ideas are accepted every day and yet as a species, we are still not fully realized. After all that jazz, what if were just thinking of it all wrong?

With the beginning of the twentieth century came quantum physics. Because light became recognized as a form of matter exhibiting both solid and wave properties, we now understand that all matter is nothing but collections of energy, organized into atoms, humming into manifestation. With the electron microscope our curiosity went from the universe to the nanoparticle. Looking at atoms and their electron clouds zoomed up to the size of a planet the Heisenberg principle was formulated; as soon as you perceive an electron it changes its place. When molecules of water reorganised their structure to what was said to them, how they were perceived determined what crystal they would form. Recognising thought as a force of energy we have now started to develop technology that is capable of responding to it. This tangible interaction of mind and matter brought about the first modern affirmation of ancient spiritual philosophies. In scientific terms, we are now radios broadcasting our imagination into every atom in existence.

I am living in an age where the power of thought is being discovered, and my mind is more polluted than a dumpsite. Before Ghandi, King and Milk changed the world did they know this already? They dreamt of a liberated nation, a unified people and an equal humanity and here I am wandering through it. Doesn’t it all start to make sense then? A robot is certainly not more capable of responding to me than the universal intelligence. I have been broadcasting the same noise the world sends to my screen and believed that it is my voice. I am a divine siren. I am of love, I am of peace, I am of abundance. Just like you. When your thoughts ripple through mine we are a wave sweeping the world. Until then I am a station ever reaching as a tree to the sky, and there is no space in between. Amen.